Washburn County was created by the State Legislature in 1883.

Wynne served two years. He was a farmer in Bashaw Valley and was one of the first rural Postmasters.

(James Wynne appointed by governor in 1883 via WI Blue Book).

He was the first Washburn County sheriff elected by voters (WBB)
May 1885 county board funded $1,000 for a jail, also bid courthouse construction.

He was elected fall of 1888 served two years, later publisher of Washburn County Register, built first phone line in Washburn County, democratic candidate. File on him at the WCHS with photos. (WBB)

Spooner, Tozer pronounced “toes-er”, Tozer Lake named after him he used to log on land west of Spooner around the lake. Before he died he built a home in Spooner at the corner of Rusk and Scribner streets where the Spooner Funeral Home is (2019). He died in 1905.

George Stratton, Spooner, ran for reelection in 1912, operated a saloon in Spooner for two years before being elected sheriff. 1910 Joseph H. Sullivan, democrat, ran for sheriff along with Sam A. Larson and Samuel L. Peaks, republican. 1909 George Stratton (dryden)

1935-1936
Frank P. O’Connor (WBB)
O’Connor’s campaign slogan, “Have fulfilled duties of this office economically before and pledge myself to do so again”.

1959-1962
Lawrence Stegeman
Lawrence sheriff for three terms then Alicia was sheriff on an alternate term that Lawrence (Larry) couldn’t run.

1984-1990
Don Fuller, sheriff three terms/six years, Marv went to chief deputy then quit after Fuller took office. His wife Dorothy was the law enforcement assistant which was a challenging situation with Fuller as sheriff. In his term is that is when there was an escape, Todd York (& another inmate). Todd was awaiting trial for the murder of his parents. That is what escalated the building of the new jail. The two escapees did not have a very good plan after they escaped & were out for a couple days before being captured again.

1991-2019
Terry Dryden, Shell Lake, elected Nov. 1990, final day in in office Jan. 7, 2019. Dryden was part of the movement to have the sheriff’s terms changed to four-year terms from two year terms. The main reason for this was to allow them more time to serve in the position instead of only serving one year and having to campaign again. 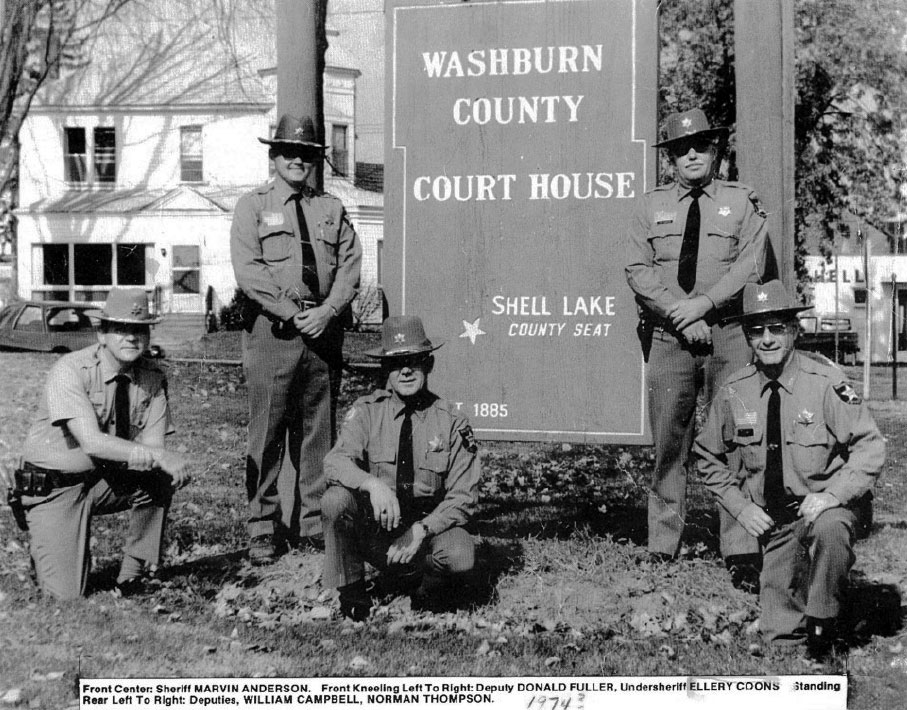 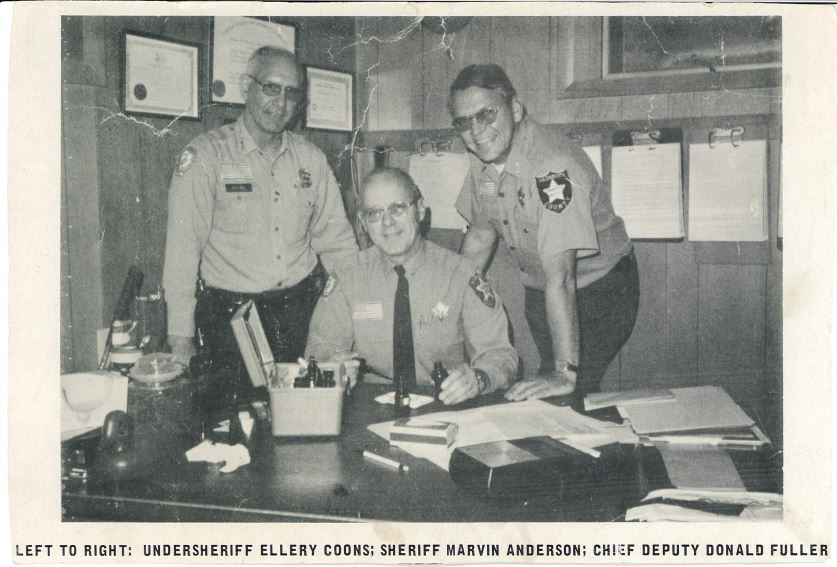 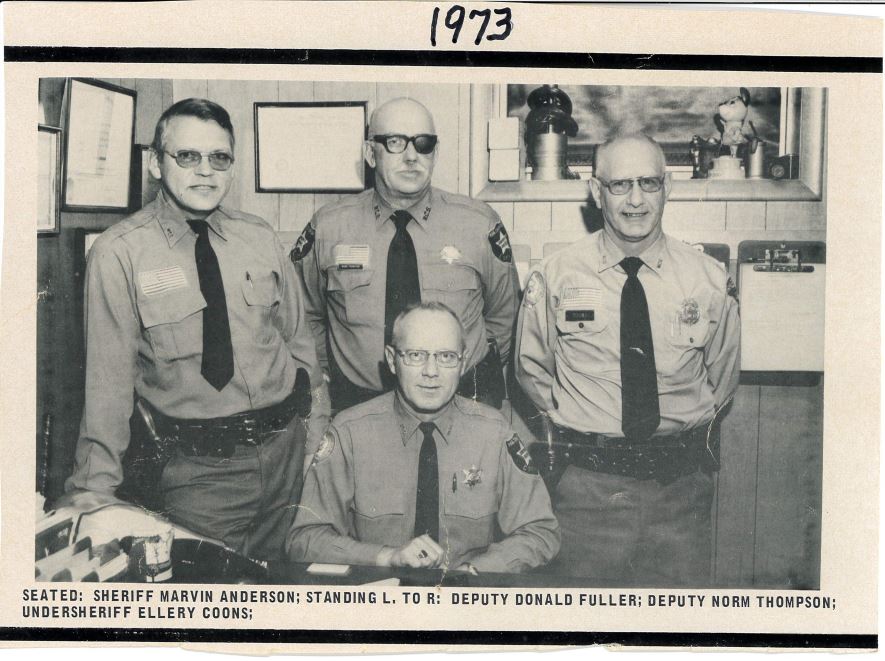